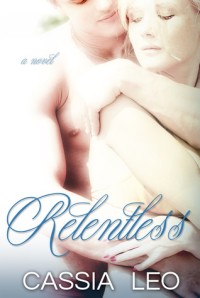 “Sometimes letting someone go is the ultimate act of love.”

Claire Nixon is a college student with a past full of secrets and heartbreak.  At seven years old, the death of her mother by drug overdose destroys her faith in humanity and herself as she is tossed from one foster home to another. Feeling unwanted and disposable, she fights to keep herself safe in the system. Until, at the age of fifteen, she is saved by her first love, and soon-to-be rock star, Chris Knight and his mother, who quickly becomes the mother she always wanted.

When Claire encourages Chris to leave town to pursue his dreams of musical stardom, both Claire and Chris don’t realize this will be the biggest mistake of their lives.

One year after Chris leaves on tour, Claire has carved out a new life for herself in a new city far away from the life she left behind with Chris. On a fateful morning, she meets sexy surfer Adam Parker.

To Claire, Adam is just another flirty customer at the cafe, until a chance encounter and seemingly innocent comment spurs a bet between them. The bet is simple: If Adam can get Claire to reveal the secret that made her drop out of college and leave her life behind, she has to re-enroll. If he doesn’t succeed, she gets to keep her secret and he has to stop stalking her at the cafe.

Claire thinks she has this one in the bag. She’s perfected the art of forgetting her past. But she isn’t prepared for Adam’s relentless pursuit or for him to share his own secrets. And she’s definitely not prepared for the love of her life, Chris Knight, and her secret, to come banging down her door one year later.

New Adult Contemporary Romance: Due to strong language, drug use, and sexual content, this book is not intended for readers under the age of 18.

I had often seen the name Cassia Leo pop up on my news feeds on both Facebook and Twitter. I remember a huge hype over the release of the third book in the series, Bring Me Home. Just after Chrsitmas after seeing yet another post about Cassia Leo I decided that the time had come. I had nothing else in my immediate schedule. I was going to read Relentless.

The book had an intriguing start. Always good, it meant that it got my interest and I had already gave it a mental thumbs up. There were many twists and turns, a broken heart or two. A few people looking for love and comfort. Relationships formed but secrets and doubts linger, ready to rip everything apart again.

Every page of this book had a purpose. There was nothing there just to fill a space. Every word had a part to play. Every thought and every feeling meant something. I couldn’t help but feel a bond with Claire and I will admit that I was rooting for Adam and wishing Chris would just do one.

All I could do when I finished book one was, well one click book two Pieces of You. I almost felt sick starting it though. I was actually nervous about what was going to happen. The review for Pieces of You will follow shortly.