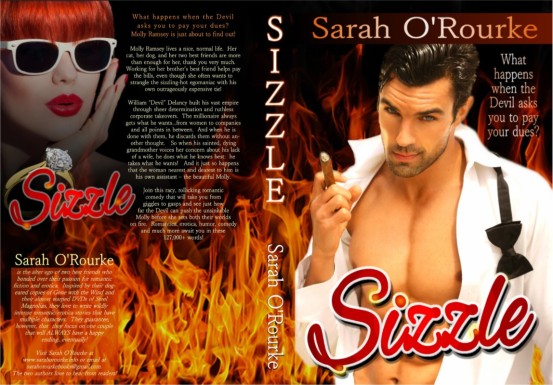 Molly Ramsey lives a nice, normal life.  Her cat, her dog, and her two best friends are more than enough for her, thank you very much.  Working for her brother’s best friend helps pay the bills, even though she often wants to strangle the sizzling-hot egomaniac with his own outrageously expensive tie!

William “Devil” Delancy built his vast empire through sheer determination and corporate takeover.  The millionaire always gets what he wants…from women to companies and all points in between.  And when he is done with them, he discards them without another thought.   So when his sainted, dying grandmother voices her concern about his lack of a wife, he does what he knows best:  he takes what he wants!   And it just so happens that the woman nearest and dearest to him is his own assistant – the beautiful Molly.

What happens when the Devil asks you to pay your dues?  Molly Ramsey is just about to find out!  Join this racy, rollicking romantic comedy and see just how far the Devil can push the unsinkable Molly before she sets both their worlds on fire?   Romantica, erotica, humor, comedy and much more in this 110,000+ word standalone. 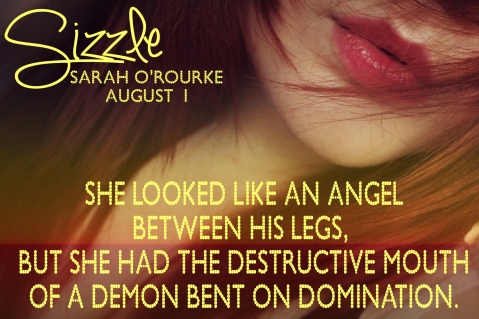 Fifteen minutes later, the whole sordid mess had been spilled between them and both her friends stared at Molly with a mixture of horror, amusement and curiosity.  “Well, say something!” Molly yelled when neither of them said a word.  “You’re supposed to be my sounding board, ladies!”

“To the Devil,” Viv sputtered.

“It could be worse, right?” Molly questioned, looking from one woman to the other and back again.  “I mean, he’s not so awful, is he?”

“He’s the Devil,” Vivian breathed, her brown eyes huge on her pixie face.

“That’s not helpful, Viv,” Molly huffed, holding her bottle tucked tightly between her breasts as she sat cross-legged on the middle of her couch.  “His nickname is Devil.  He’s not really Satan incarnate.”

“I’m gonna need a hit off that vodka bottle before we go any further,” Sami warned, holding out her hand and wriggling her fingers.

“You’ll have to wrest it from my cold dead hands,” Molly replied, tightening her grip on the mostly gone liquor as she shook her head, red hair flying wildly.

“You hold her down and I’ll pry it out of her hand,” Vivian said under her breath, only half joking as she eyed Molly.

Snorting, Sami ran a hand through her naturally wavy locks.  “Well, let’s look on the bright side.  At least he’s got the whole eye candy thing going on for him.  You may have to look into the face of evil every morning across the breakfast table, but the view will be pretty.”

“What am I going to do?” Molly groaned, leaning her head back against the cushion as the throbbing in her head increased.

Shaking off her shock, Viv straightened in her chair.  “Well, first off, don’t panic.  Devil can’t actually make you marry him.”

“No, but he can coerce the hell out of her,” Sami argued, frowning at Vivian.  “I mean, you heard her, Viv.  He’s holding his dying grandmother over her head, for crying out loud.”

“Devil!” Molly squealed, gripping his neck as he hauled her into his arms and turned toward the stairs.  “What are you doing?”

“If you think that I’m going to make love to you for the first time on the living room sofa, you have drastically underestimated me,” he replied, taking the steps two at a time.

Molly gripped his shoulders as he carried her like she weighed nothing more than a bag of flour.  Swallowing hard as her heartbeat sped up, she suddenly realized that this was really happening between them.  Dozens of doubts flooded her mind, but every single one of them fled as he walked into his spacious bedroom and placed her in the center of his huge bed.

Licking her lips as she watched him kick off his shoes and push his slacks down over his lean hips, she caught her breath.  His body was ripped perfection.  Toned well muscled arms, hard lickable six pack, firm thighs… and the longest, thickest cock she’d ever seen in her life.  Letting her eyes drift over him again, she blinked as she noticed a small tattoo just above his hip.  “You’ve got a tat?” she asked, sitting up on the bed so that she could caress the small Celtic cross that he had on his skin. “Straight laced, serious Devil Delancy did something daring?” she teased, peeking up at him through her lowered lashes.

Chuckling, he brushed his fingers against her jaw as her fingertips traced the cross on his hip.  “One very drunken night in college a very long time ago.”

“It’s pretty,” she praised, leaning into his hand as she noticed his bobbing cock close to her lips.

Following her gaze, his lips curved wickedly.  “I really hope you’re talking about the tat and not my dick, sweetheart.”

“Hmmmm,” she hummed, pressing a finger to her lips as she considered both.

“You are truly hell on a man’s confidence, Molly Ramsey,” he growled, gazing down at her as she smiled up at him.

“As far as I know, confidence has never been an attribute you lacked,” Molly replied with a giggle, lifting one hand to caress him again.  “But if you really need to have your ego stroked, I’ll do my best to comply,” she promised softly.   His low groan of approval emboldened her and she slowly brought him to her mouth, brushing her lips lightly against the flushed head of his cock.  Inhaling deeply, she gazed at his sizeable arousal and shivered as she thought about him filling her.  Darting her tongue out to sweep against his tip, she heard his harsh indrawn breath. 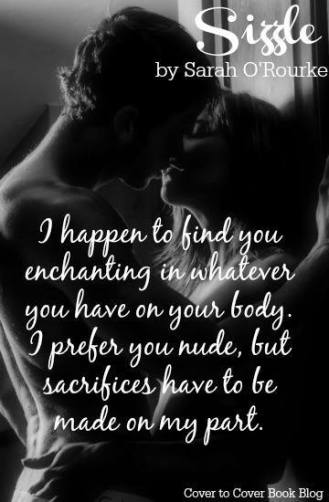 Sarah O’Rourke is actually two besties who live three states apart and write at all hours of the day and night!  Born and raised in the Southern United States, they are overly attached to their one-click accounts, can’t make it through the day without copious doses of caffeine, and spend way too much time on the phone with each other.  Between them, they have four children and eighteen years of marriage…one to a super soldier and the other to egomaniac engineer.  They hate empty chocolate wrappers and writer’s block, love to talk to readers…and by the way, they write about strong, kick-ass women and hot alpha heroes! 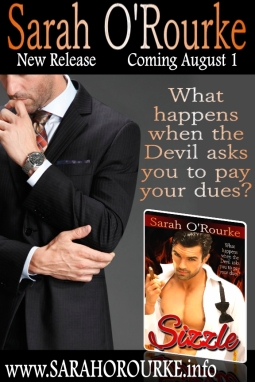