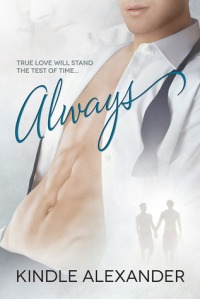 Born to a prestigious political family, Avery Adams plays as hard as he works. The gorgeous, charismatic attorney is used to getting what he wants, even the frequent one-night stands that earn him his well-deserved playboy reputation. When some of the most prominent men in politics suggest he run for senate, Avery decides the time has come to follow in his grandfather’s footsteps. With a strategy in place and the campaign wheels rolling, Avery is ready to jump on the legislative fast track, full steam ahead. But no amount of planning prepares him for the handsome, uptight restaurateur who might derail his political future.

Easy isn’t even in the top thousand words to describe Kane Dalton’s life after his father, a devout southern Baptist minister, kicks him out of the family home for questioning his sexual orientation. Despite all the rotten tomatoes life throws his way, Kane makes something of himself. Between owning a thriving upscale Italian restaurant in the heart of downtown Minneapolis and managing his long-term boyfriend, his plate is full. He struggles to get past the teachings of his childhood to fully accept his sexuality and rid himself of the doubts brought on by his religious upbringing. The last thing he needs is the yummy, sophisticated, blond-haired distraction sitting at table thirty-four.

This book came to me kind of randomly. I received an email which I thought said I was receiving an ARC of Take from Ella Frank the next day. I Facebooked Kara from Two Book Pushers and asked her if she was as excited as I was. Anyway she showed me the error of my ways and I realised that the ARC is not being sent out yet. Bummer!! Anyway we started to talk about “Try” and she gave me a list of authors to read. I went on to Amazon and randomly bought Always by Kindle Alexander.

God I’m good. I don’t think that any other book that I would have picked from the list of authors that Kara gave me could have even come close to being as good as this one. It was absolutely brilliant. I didn’t read the blurb, because if you are a regular here you will know that I never do. I read books because I either, like the author already, someone with similar tastes tells me to, or I like the cover. Yes I am that shallow.

I will tell you here and now that this book is a love story between two men. I am setting that out now because I know its not everyone’s cup of tea, as for me? Feck the cup and give me a pot.

Ultimately though it is a love story. A journey through a lifetime together. I was kind of worried about it going back in time as often when a book does that you can feel a bit out of sync. Not here though – the writing is excellent and not once did I feel I had gone backwards. Well maybe just once – with the frilly shirt (but I do believe my dad wore a tux with a frilly shirt at his wedding in 1979).

Always is a beautiful and poignant story. It’s love through the ages. It shows how with love, strength and compromise a couple who love each other and are prepared to work at it and work with each other can conquer anything that comes between them.

Well almost anything. Some things are just inevitable.

This is a must read for everyone. Definitely 5*