Wouldn’t it be just fabulous to have the life of a writer. All glamour, showbiz parties, book launches and signings. So far away from the normality that the rest of us face. I invited writer Carmel Harrington over to do a guest blog for me, to let us all in on what life is really like. And you know what, it doesn’t sound so bad 😉

I would like to thank Carmel for taking time out of her very busy life to write the following piece, I hope you enjoy it as much as I did.

Ever wondered what the life of a freelance writer is like? How about a freelance writer who is also a mother to two toddlers? I can sum it up in a four letter word for you all. Busy!
Like for example this morning. The H Household was woken up unceremoniously by Nate my 18 month old at 5.30 am. Yes 5.30 am. Now that would have been ok had I been in bed at 9.30 pm drinking my cocoa and watching the Late Late or Alan Carr. God I find him funny. I just have to look at him and he cracks me up, those teeth. And his voice. I think if Alan Carr and I met we could be great friends. Alan if you’re reading this, call me ok? Right, lack of sleep is making me sillier than normal, so I’ll get back to the point – there was no TV for me last night as there was writing to be done.
Just to give you an idea of what I’ve been up to in just one week as a freelance writer, I wrote and submitted two magazine articles to be published in June, did an interview with a book reviewer about my novel Beyond Graces Rainbow, completed my second play which is now on its way to a theatre in UK for consideration and also ran a challenge on my blog to get aspiring writers writing! This challenge has proven to be hugely successful, so much so that the challenge is about to turn into a competition. More information on that to follow on my blog I promise. And I’ve started a writers group on Facebook for all the newbie writers to chat together and support each other. If anyone wants to join incidentally, get in touch, I’m happy to add you. So it’s been busy. Just a tad.

I was writing to the wee hours last night cos’ I was on a flow, so when Nate started to holler for attention this morning, I felt like a cast member of the Walking Dead. I simply could not lift my head from my pillow which in fairness was probably a combination of zombie like tiredness and the fact that Amelia, my 3 year old had crawled into bed at some point during the night and had one foot in my rib cage and the other in the crook of my neck. Nice. So Mr H was nudged awake and he brought Nate into bed with us and we all played a game of make believe that we might all get back to sleep. But four in the bed with the little one saying over and over again, ‘Mama, Dada, Juice!’ So at the ungodly hour of 6am breakfast was being served to the smallies and Mr H and I were drinking tea. The tea drinking was in fact further insult to our injured sleep deprived selves, as we had run out of coffee and the nespresso machine on the blink. Bad timing. 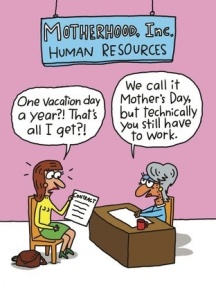 After breakfast I started to clean the playroom and Mr H started to iron the mountain of laundry that never seems to deplete and we realised that it was in fact only 7 am. We were both probably feeling a bit hard done by. When all of a sudden Amelia shouts to Nate, ‘Come on Nate, lets fly to the moon.’ She plonked a bob the builder hat on his head, a cowboy hat on her own and sat them down side by side in their Mickey Mouse chairs and shouted ‘To the moon!’
And as they both squealed with delight as Amelia kept shouting we are going ‘Superfast!‘ my heart melted and I thought to hell with sleep, this is all that matters. Watching my children’s imagination take them happily to the moon and back more than makes up for every early start and kicked rib cage.
So here I am now at 9.30 am with the ironing done, (thanks Mr H) playroom cleaned, Nate napping because of his early start, Amelia happily playing on the moon, strong coffee in front of me (thanks Mr H again for the dash to the shops at 9am when they opened) and I’m taking the opportunity to write.
That’s how we roll in the H house these days and can I tell you all a secret? I kinda of love it.
—————————————————————————————————————————–

Carmel Harrington is a freelance writer and bestselling author of the eBook Beyond Graces Rainbow which recently won The Book Awards in March 2013. She is represented by the Trace Literary Agency where Beyond Graces Rainbow and her second novel Sleep of Dreams are on submission with publishers.
Carmel is also a playwright with her first play A Dunganstown Romance on stage in June 13’.
Carmel lives in Wexford with her husband Roger and two small children, Amelia and Nate.
Please visit Carmel’s webpage at http://www.carmelharrington.com for all the latest updates or follow her on twitter @happymrsh and on face book at http://www.facebook.com/happymrsh 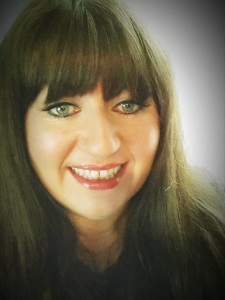