Laila had already overcome many heartbreaking obstacles in her twenty-five years… but none compared to this. With her brother missing and no other family to speak of, Laila has no idea of the evil that shadows her every move. Now in the hands of a notorious cartel family, she quickly learns that trust and betrayal are a deadly mix.

Aiden had a plan. One that was operating smoothly until Laila surfaced in his father’s mansion. With time against him, he must work night and day to right the wrongs that threaten to expose his ultimate betrayal.

Juan and Aiden share many differences, but the one thing that threatens to tear their family apart is the one thing they want to claim as their own, no matter what the costs.

Review or Excerpt
(Choose One)

“Please don’t let him come near me again,” I sobbed, sitting forward. I knew it sounded like I was pleading and I was at peace with that. Maybe he could be further swayed into helping me.

“If I had stayed, he would not have laid a finger on you to begin with and he knows it.” There was sincerity in his words as his eyes met mine. “Like I said, it won’t happen again.”

Aiden reached over to the basin and grabbed a washcloth. Submerging it into the bath, he wrung out the excess water and, cupping my chin, gently wiped the tears and mascara from my cheeks. I closed my eyes and allowed the heavenly warm water to caress my skin. I relished Aiden’s soft hands that made me want to melt into them and his breath sweet on my face. Perhaps the stark comparison between the touch of both men was playing tricks on my mind.

My eyes shot open to find him staring intently back, a faint frown marring his features. Our faces were no more than eight inches apart and an unfamiliar magnetic pull existed between us.

Aiden cleared his throat and pulled his eyes away from mine, a sense of discomfort settling between us.

“Has there been any news about my brother?” I asked, aiming to be more professional in this game of kidnapping while struggling to ignore the vibes between us.

Aiden’s head snapped to face mine, this time I knew the look of reproach was directed at me. I watched, feeling slightly reprimanded as he tossed the washcloth on the tub edge and turned to the towel rack to dry his hands.

“I have to go,” he said coldly, his tone a stark contrast from moments earlier. It felt like a slap in the face from a man I was beginning to place my trust in. It was a foolish notion.

I was the fool. 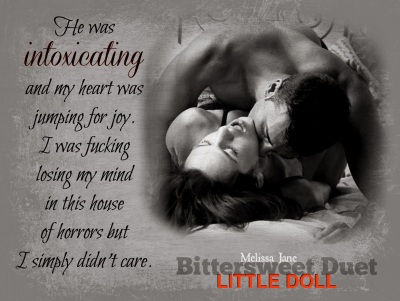 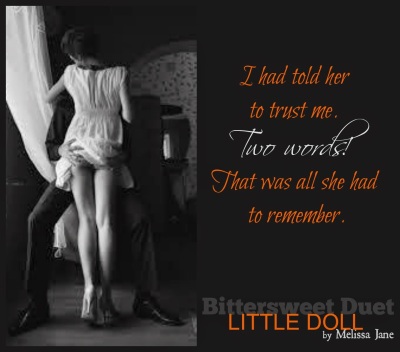 Now back across the border, LAILA realizes that all had not been as it seemed at the Florez mansion. Learning to trust the man she wanted dead was going to take time. Time was not on her side.

For AIDEN, the damage was done. There was no going back. Except for one thing… revenge.

Giving up was never an option for JUAN. Not even now when everything had changed. He lived and breathed the thrill of the chase and this time the end prize was too great to lose.

This is a dark story where the taste for love and revenge clash in the most unforgiving ways.
WARNING: This book contains violence, and sexual themes. Intended for readers 18+

“We are only a few men against hundreds who are happy to see us all die, even though they have never met us. They have never even met Hector or Juan, yet they would do almost anything for them. It’s hard to compete against that. All things considered, we have done well to stay alive.”

Danny was right and I had only made it harder for Aiden to look out for me. “So what happens next?”

“What did Juan say to you when we were shooting at him?”

“That he would come back for me. That I belonged to him and that he would be watching everything I do.”

“Do you believe him?”

“Cos he has done well so far.”

Danny looked to window lost in contemplation. “We go after him.”

He looked back to me, not a hint of humor in his chocolate brown eyes. “Not crazy. It’s survival. We can’t keep running forever. The whole goal was to keep you safe and out of harm’s way, then go back for the kill.”

“Kill?” This had never been mentioned before.

“Aiden wants Juan’s blood and he will stop at nothing.”

A recent bloomer
in the writing world, Melissa Jane has delved into a complex world where light
and dark clash in unforgivable ways. Romanticism takes on darker influences
while malevolence attempts to interfere with courage. Jane knows no boundaries
when it comes to discovering the endless personalities that exist within our
world. No one is exempt from love, not even those condemned to a life of pain
and betrayal where revenge is the only safe passage to true freedom.