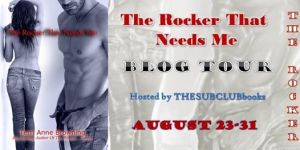 Who is Drake Stevenson?

Now you are not only a Rock God but a television personality. How is that working out for you?

Better than I ever thought. At first it was about having a reason to be closer to Angel. But it has become more than that for me over the last few season of the show. I saw a group of rocker hopefuls, men and women that were struggling to get their foot through the door that had real talent and even potential talent, and I wanted to help them.

You have lived life on the road for more than ten years, then settled in California. How are you finding the change to New York? Is this where you will stay?

The coastal change hasn’t been too much of a hardship for me. Having grown up in Ohio this isn’t so drastic for me.

Is it strange to be living so far apart from those whose pockets you have lived in for your whole life?

Being so far from Emmie, after having spent so many years with her being right beside of me, now that has been something of a challenge to get over. It was like leaving a little piece of myself on the West Coast. But now Angel and I have a condo in California so it has gotten easier for me deal with. We plan on splitting the year up between the two cities.

How have your priorities changed over that last year?

I wouldn’t say they have changed all that much. Angel is and always will be my number one priority. I have just had to expand them to include the new addition to our little family. I’ve stepped back from the band for an indefinite time, just as Jesse has now that he has the twins coming. It doesn’t in any way mean that Demon’s Wings are over! We are all just taking some time to enjoy the lives we have found.

Your life has always been the band and your music, what does the future hold for you now?

The band and music will always be a part of my life, and the future holds a million possibilities for that part of it. But for right now all I can say for sure about my future is that it will involve me, Angel, and our child being a family.

We never thought we would see the day Drake Stevenson with any girl other that Emmie on his arm. She must be one special lady to stop you in your tracks. What does Lana have that no one else has?

I’m not sure exactly what it is that she has. Maybe she was born with the other part of my soul. All I do know is that the moment I laid eyes on her I found the one thing that had been always been missing from my life.

You spent 2 months in rehab. It seems to have had a positive impact, would you be where you are today without it?

Probably not. If I hadn’t gone through the rehab I would have still felt like I didn’t deserve Angel. Plus it forced me to face some things that I had been hiding from for the majority of my life. Not only with myself but with Shane. Rehab brought me closer to my brother.

Shane is here in New York with you. He hasn’t been seen out much. Is there anything you would like to share?

Shane has found a reason to stop all the crap he had spent his whole life doing. He has cleaned up his act and I’m proud of him.

What does the future hold for both you personally and Demon’s Wings?

Personally I am hoping to add a few more kids to our family. As for Demon’s Wings we are still on a break, but knowing Emmie she will have us out on the road in a few years. Probably a summer long tour with four or five buses just to hold all of the kids.